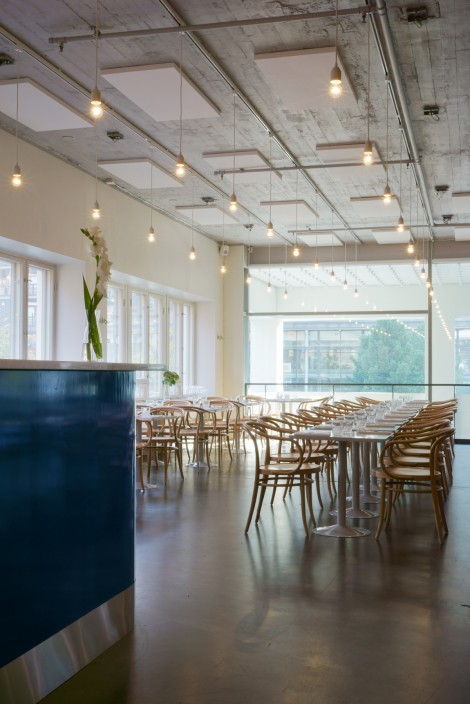 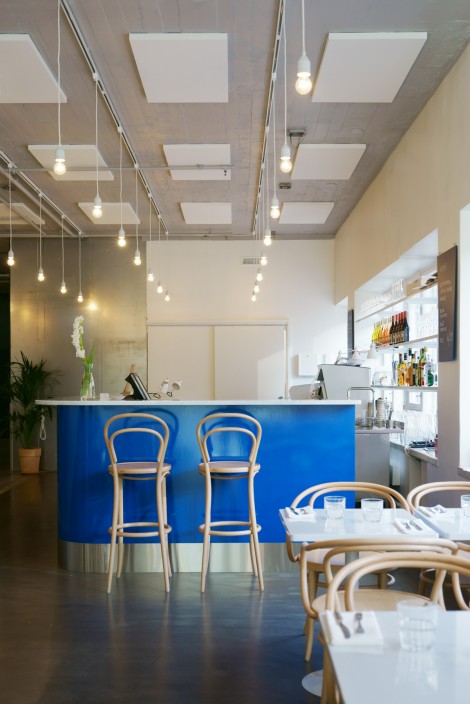 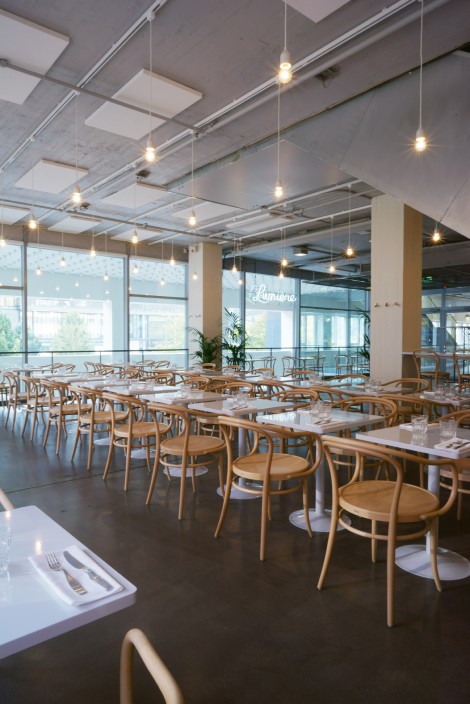 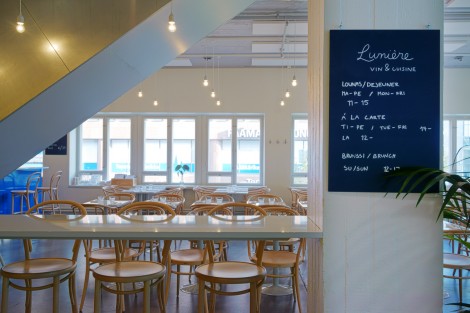 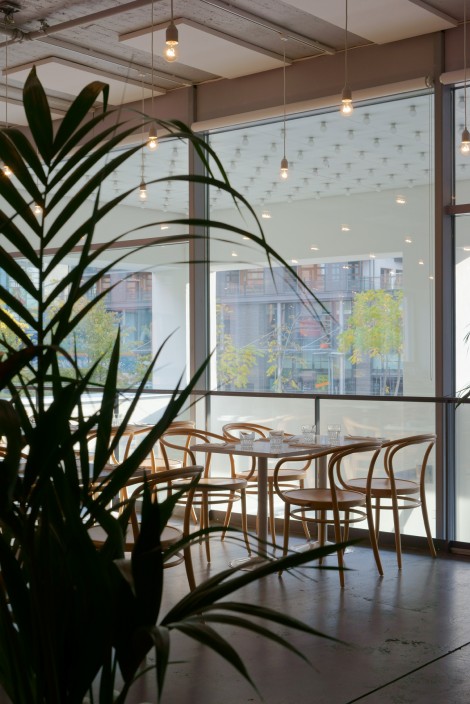 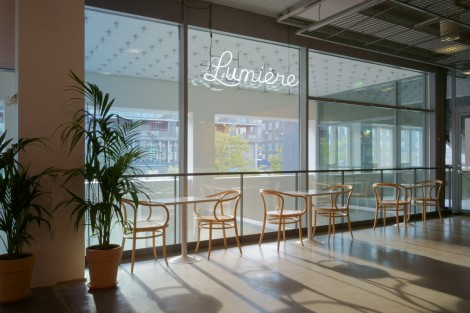 Lumière is a french brasserie serving both high quality lunch and à la carte dinner in relaxed surroundings. It is located in a former tennis hall "Tennispalatsi" from 1937, a building that nowadays hosts a movie theatre complex and Helsinki Art Museum HAM.

The restaurant space in the corner of the 1st floor is light and airy. The space is defined by the two outer walls, row of columns and the escalator leading to the top floor. The interior is simple and plain consisting of only a couple of carefully concidered elements that suit both the modernist architecture of the building and the restaurant concept that relies on french tradition. The bright blue bar with a Carrara marble top was made by a cabinetmaker and hand painted on site. Also the tables and shelves where custom made for the project. The chairs made out of bent beach are true classics – they have been commonly used both in bistros through out Europe and by modernist architects of the early 1900's. Simple porcelain fixtures with incandesent lamps were used for ligting.